POV: What to the Black and Queer Woman is the 4th of July?

What to the Black and

The evil that men do, lives after them,
The good is oft-interred with their bones. Today is the 4th of July and I see red, white and blue everywhere, but still I wonder, where is my independence?  Where, in the madness of domestic terrorism, am I and my people free from targeted racism? Where is this equality claimed to have been sanctioned for my protection? Where is my freedom from persecution as a black woman? How am I protected as a black queer woman?

First of all, as a black woman, I share with my community the outrage that my Sisters and Brothers are being murdered in the streets and in churches. As a black mother, I had to learn not to fear for my son’s life whenever he is out of my sight. I am disgusted by the criminal justice system that sends members of my community into institutionalized slavery disproportionately. I hear the voices of my ancestors in the trees and in the wind loudly screaming for a justice. But whether we call ourselves Black or African American, we have been experiencing terrorism since we were involuntarily enslaved. Our name and descriptor changed, but the oppression, terrorism and injustice toward us didn’t. The reign of white terror continues to replicate itself in our society in various ways and using various masks. Often, this evil is used as a tool to create division in our community as a means of oppression. Hate still runs through America’s veins. And just as it presents itself in misdirected and hateful white citizens, it runs rampant through the black community. Somehow this same disdain has even reared its ugly head in many of the black churches when it comes to their queer Sisters and Brothers.
Most recently, and tragically, the hate from my own community became viral when Marriage Equality was approved by the Supreme Court just a few days ago. I am usually not surprised by hatred, but the outpouring of viscous attacks on myself and my queer Sisters and Brothers from their own friends and family was hurtful to witness. Sadly, I wish I expected differently. As an advocate for queer people in the black community, I encountered a low key disdain for queer people that is very reminiscent of my experience living in the south. It is the smile in your face and the whispers behind your back. The more vocal the black queer community became about our right to freedom, the more reactions to our existence changed. Eventually, the pulpit condemnation spilled over into a low murmur in the church parking lot and into conversations in spaces we occupy.  Once Marriage Equality was sanctioned, a loud and boisterous venomous stream of hate that felt like a barrage of vomit was projected from my own people. 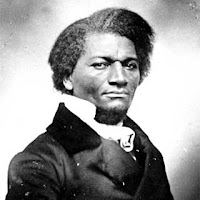 Every July 4th I struggle with this concept of independence and freedom. So, this Fourth of July is a double stab to my heart. I am not free from terror in the land where I was raised. And my own people reject my right to be able to have the same legal protections as they have. I feel exasperated and frustrated.  This year, I am heavyhearted and angry. As a black queer woman I wonder when this will change. Today I chose to reflect upon a speech that I taught for years as a high school English teacher, What to the Slave is the Fourth of July? written July 5, 1852.

The first time I read Frederick Douglass’ What to the Slave is the Fourth of July? was about 30 years ago. When I began teaching, I incorporated the speech into a lesson plan about speeches, along with those of by John F. Kennedy, Martin Luther King and Malcolm X. The lesson taught the power of speech making. In my opinion, Frederick Douglass’ speech reigns supreme as one of the greatest speeches ever. After being asked to speak of his freedom, Douglass used that moment to passionately recognize his Sisters and Brothers who were still in bondage. With an exemplary command and usage of education and language, he most eloquently slammed the whites in the audience by pointing out how their invitation was duplicitous in nature and request. I am surprised that he wasn’t later found dead. In today’s society, I am not sure if that wouldn’t happen. I was moved by his brave stance. Here is one of the speech’s many powerful passages,

Fellow-citizens, pardon me, allow me to ask, why am I called upon to speak here to-day? What have I, or those I represent, to do with your national independence? Are the great principles of political freedom and of natural justice, embodied in that Declaration of Independence, extended to us? and am I, therefore, called upon to bring our humble offering to the national altar, and to confess the benefits and express devout gratitude for the blessings resulting from your independence to us?…I am not included within the pale of this glorious anniversary! Your high independence only reveals the immeasurable distance between us. The blessings in which you, this day, rejoice, are not enjoyed in common. — The rich inheritance of justice, liberty, prosperity and independence, bequeathed by your fathers, is shared by you, not by me. The sunlight that brought life and healing to you, has brought stripes and death to me. This Fourth [of] July is yours, not mine. You may rejoice, I must mourn. To drag a man in fetters into the grand illuminated temple of liberty, and call upon him to join you in joyous anthems, were inhuman mockery and sacrilegious irony.

You can read the entire speech here, What to the Slave is the Fourth of July?Can you imagine the faces of the white audience members when they heard this eloquent denouncement of false liberty? In this excerpt, he manages to express my thoughts as a black woman in the 21st century. How can I feel free when the prisons are overflowing with my people, police terrorize us, we are challenged with systemic problems and white supremacist burn our churches? But these feelings are made even more difficult and doubly complex considering I need only look to my own community and feel equally at the mercy of vitriolic homophobic responses to Marriage Equality. 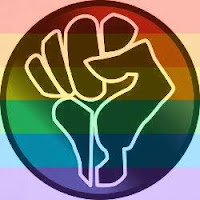 As many questions as I have for the white patriarchal machine, I have one question for my own people. When will you acknowledge queer people and our existence? In the wake of the Marriage Equality decision, I find it necessary to remind you, my people, that while I am queer, the first thing people see is my skin color. I am black to the masses. I am both black and queer and cannot separate the two. Your struggle is my own as much as it is yours. In fact, because I know our struggle so well, it is even more painful to feel the venom directed from those whose hands I hold in rage, solidarity and prayer as we meet the face of hate through white racist attacks. We queer black people are your Grandmothers, Grandfathers, Fathers, Mothers, Uncles, Aunts, Sisters and Brothers. When you hate us, you hate yourselves. We need you as much as you need us. We walk this journey with you.

Just a week ago, many of my queer black friends experienced a wave of insensitive and hurtful posts on their social media pages as they celebrated the freedom to marry and receive the benefits thereof. This response resonates in such a way that I can only shake my head in dismay at my Sisters and Brothers who use the very bible that was used to enslave us, to further this hatred toward the black queer community. Marriage Equality in no way threatens the existence of a thriving community. Our inability to thrive as a community is predicated on our own internal disconnection. This separation is a victory for those groups outside of us who condemn us. The awful ‘success’ of slavery was that it separated us, made us fight against each other and even directed us to kill our own. This ‘divide and conquer’ method worked and is still at work in our community. My Sisters and Brothers who sit on the other side of love, Marriage Equality only grants the right to marry and receive all of its legal benefits, it is not an affront to religious beliefs. I need my people to understand the difference. We do not have to marry in your churches and you do not have to marry us. What we need you to recognize that we have always been a part of the movement and struggle. We need you to acknowledge us rather than force us into a double invisibility. We need you to love us.

So, Sisters and Brothers, when you put on your star spangled banner shorts, light your fireworks and eat your 4th of July potato salad, remember that we are seated next to you at the table. We are in your backyards playing spades. We are celebrating family while cock-tailing over blue crabs. We are business owners, we get our hair cut in the barbershop/ salon with you. We are seated next to you at the bus stop and eating in the same restaurants. And yes, we will be in the pew next to you Sunday morning, in the pulpit and passing the collection plate. When you bible thump and bash us, we hear you. Please know that you are doing exactly what white patriarchal machine want you to do; divide us. We cannot have division in our community. Further, we will never find the love that will unify us and break the chains of mental slavery if we cannot love each other. Black queer people deserve to pursue happiness. This black queer woman yearns, just like you, to be respected and exercise my rights without hate, persecution and violence. Freedom is what July 4th is supposed to mean. This means freedom to be fully me; black, queer, mother, warrior, artist and entrepreneur. So stop hating on your family members and love your children who are gay, lesbian, bisexual, transgender and queer. Enjoy your cookout!

Patricia’s writing and artwork takes a critical view of social, political and cultural issues through storytelling. She self-identifies as a queer black woman whose projects challenge systemic societal problems, stereotypes, conventional thought/wisdom, religion and values. Patricia’s quest is to expose and uplift the stories of marginalized populations while redefining what is aesthetically beautiful.