“We used to go to another neighborhood to get water. Everyone lived with a bucket of water on their heads. We also had no light. The light was from the old Zoological Garden, and it was not enough. We couldn’t get light because the light didn’t enter inside of the community, it wasn’t legalized.” This describes Vila Isabel, the Morro dos Macocos favela in Rio de Janeiro circa 1958.

“Then it was a trickle of light, split for many people,” recalls Dona Ana Marcondes Faria. “In the night we had to turn off appliances, the refrigerator. We had to turn everything off and stand with a lit candle.” But things changed for Faria when she and her husband arrived in Morro dos Macocos, which literally means “monkey hill.”

“We joined the locals,” she continues. “My husband bought a Doodle and called the villagers to come to the backyard of my house so we could develop strategies to improve our living condition.”

She founded the Residents Association in 1962. Access to water came “well after.” Faria experienced racism in the favela. “When I came to live here in this favela,” she recalls, “a lot of people came here from the north of Brazil, mainly from Paraíba, Ceará. When they arrived here in Rio they mostly found black people, and they brought with them the idea of white supremacy. That only white is beautiful.”

“One of the greatest problems was mothers who had to work and had nowhere to leave their children,” she says. So she started a creche and it’s been there ever since. CEACA-Vila now caters to over 500 children and young people, offering supplementary classes, computer training, and environmental awareness projects. “When I came here and taught private lessons at home, I had a student who was the son of a family of Northerners. And when his father saw that the teacher was black, he was shocked. A black women giving classes, a teacher? He did not believe that black women could teach.” She did not let these attitudes deter her. 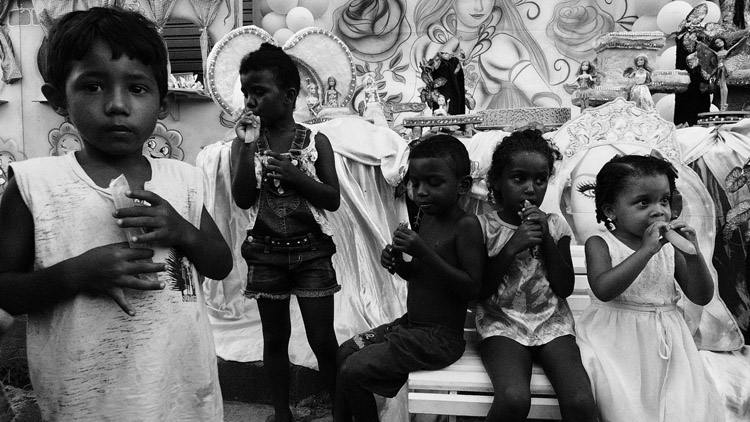 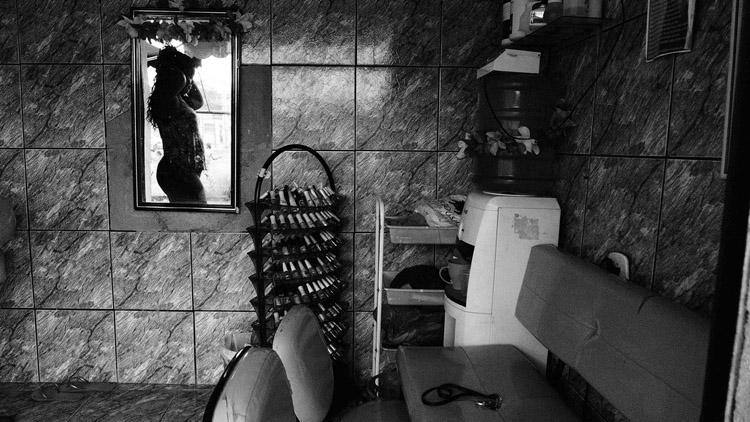 Apart from a handful of high-profile figures like Senator Benedita da Silva, female rappers like Kmila CDD, or emerging social enterprise stars like Regina Tchelly from Favela Orgânica, most favela women are relatively hidden from public life in Brazil. To put it crudely, they suffer prejudice because of their postcode. Favelas around Rio and elsewhere in Brazil are not seen as part of the city. They’re treated like a fifth column, a place of irreconcilable violence, where people need to be contained and controlled.

“Even if they are in the middle of the city, geographically speaking they are not considered as part of the city,” explains Shirley Villela, a former representative for Brazil at the United Nations Womens Agency. She now runs Redes da Desenvolvimento Maré, a non-governmental development organization that boasts a culinary business class for women. “[The favela] is like another place that is here, but it doesn’t have the same rules, or the same rights, especially for blacks.”

“Because of all the poverty and the low income of the families, a lot of the women have stopped school very early in their lives. Or because they have to study at night since the families need them working,” Villela laments. Favela women are essentially propping up the community, in the good times and the bad.

“She says that the favela is a storeroom where the state puts all of the unwanted. They get thrown right there.” That is, the poor black population of Brazil. “The state where will adopt remedial and punitive public policies…Now six thousand policemen will be hired.”

has a domino effect on favela women and in turn on the entire community. Ferreira teaches in the Manguinhos, a favela which has the city’s third-lowest Human Development Index.

“We go into schools and teachers earn very little,” or, she says, there is no teacher. “So these [favela] women have to work. Access to education is limited, with kids only going up to the fourth grade, or only finishing primary education

.” Some of Ferreira’s students in her adult education CLASSES ARE teenage mothers fourteen or fifteen years old. It’s a situation similar to another favela, Complex do Maré, which has 140,000 residents and only two high schools.

Faveladores’ inclusion in the mainstream of the city is usually only made possible through labor, or through the mediating efforts of a non-Black person. Brazilian favela women are effectively kettled into a harsh intersection of race, gender, poverty, and class. Kia Caldwell in Negras in Brazil calls this a “Brazilian apartheid.”

Faria states that this is an issue of double standards in a state that “requires healthy middle class people,” adding that “the most needy need to have more support in order to form an equal society with the same opportunities.”

Although favelas are not spaces of perpetual violence, violence is a daily reality which ultimately hurts favela women the most. In Rochina favela, 60% of incidents reported to the 11th Police Precinct are related to the Maria da Penha law, Brazil’s anti-domestic violence measure offering support services for victims.

Villela is elucidative about the women she works with in the Maré. “Some of them suffered from domestic violence, even from their fathers. Sometimes they were young when they got married, and sometimes marriage marks the start of abuse by their partners. They suffer the violence of their personal lives and also the violence around them. They live in a place where drug dealers fight for territories, filled with boys and young people that work for them because of family that were killed by the police, or because their fathers have been unemployed for a long time.”

Villela cites the example of one woman forced to be a maid to her family by her stepmother. “Until she started to work with us she’d never been outside of Maré, can you believe that? Twenty-five years living in a closed community?”

International organizations like the United Nations may be too big to provide the appropriate depth of action needed in these wounded areas.

“We wanted to reach these women but we never saw them,” Villela says in reference to her time at the UN Womens’ Agency. “Now I can go there and see them and touch them and talk to them. I feel more alive. I’m not only in the office doing reports and making accounts about the project, I’m there with them, listening to them. It’s a totally different way of working.”

The last time President Dilma Rousseff visited the Maré ahead of the elections last year, some people threw stones at her car. Despite being the preferred candidate for left wing communities, many felt the second round of voting was a choice between two evils. The nationwide anti-corruption protests on 15 March this year did not help her standing in the favela.

“The social inequality is going to condemn Brazil and other countries,” said Villela. “We can’t live like this anymore. The favelas are the result of many bad historical decisions about where we should invest. We have big private property in Brazil. It’s like a private city within the city, with large lands owned by a single family. This is historical, this is the base of the inequality in the country and it’s still there.” 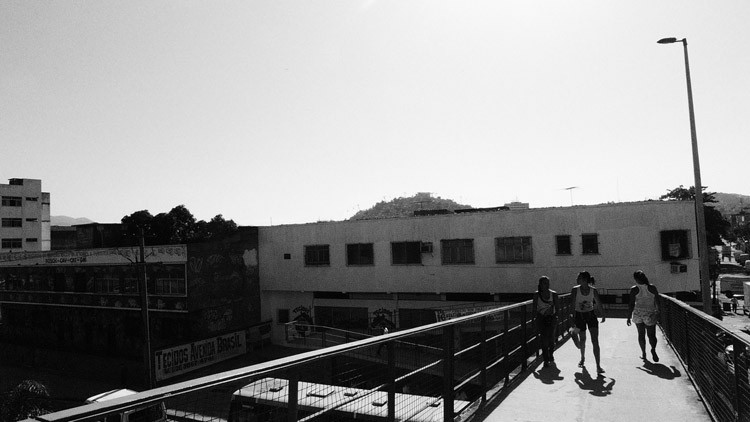 Change is needed on an immense scale. This brings to mind what the American feminist Eve Ensler said on International Women’s Day. “We all need to be activists.” Favela activists recognize this acute reality. They’re still trying to let the light in.

Zaneta Denny is a London based Black British writer and blogger of Caribbean and Guyanese descent. She is developing her blog Creolita Culture into a magazine. She has a degree in European Studies with French from King’s College London.