The contest awards publication and $1,500 each to the best poem, essay, and short story, as well as $250 to two honorable mentions in each genre. The winners will appear in Gulf Coast 28.1, due out in Fall 2015, and all entries will be considered for paid publication on our website as Online Exclusives. The $23 reading fee includes a one-year subscription to Gulf Coast. 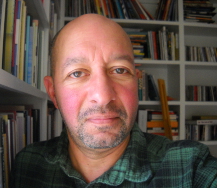 Author of twelve books of poems, most recently Silverchest (FSG, 2013) and Double Shadow (FSG, 2011), winner of the Los Angeles Times Book Prize. A new volume,Reconnaissance, will be out in 2015. Phillips has also published two books of prose, The Art of Daring: Risk, Restlessness, Imagination, and Coin of the Realm: Essays on the Life and Art of Poetry; and he is the translator of Sophocles’s Philoctetes. His awards include the Kingsley Tufts Award, the Theodore Roethke Memorial Foundation Award, the Lambda Literary Award for Gay Poetry, the Thom Gunn Award for Gay Male Poetry, as well as fellowships from the Guggenheim Foundation, the Library of Congress, and the Academy of American Poets. A member of the American Academy of Arts and Sciences, as well as the judge for the Yale Younger Poets Series, Phillips is Professor of English at Washington University in St. Louis. 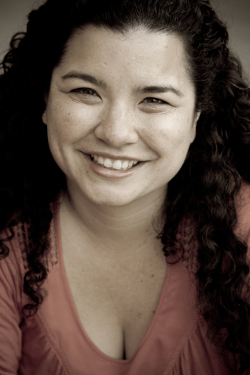 Author of two novels, Ms. Hempel Chronicles, a finalist for the 2009 PEN/Faulkner Award, and Madeleine Is Sleeping, a finalist for the 2004 National Book Award and winner of the Janet Heidinger Kafka Prize. Her fiction has appeared in many magazines and anthologies, including The New Yorker, Ploughshares, Tin House, The Georgia Review, and The Best American Short Stories 2004 and 2009. The recipient of a Whiting Writers’ Award and an NEA Fellowship, she was named one of “20 Under 40” fiction writers by The New Yorker. She lives in Los Angeles and teaches in the Graduate Writing Program at Otis College of Art and Design. 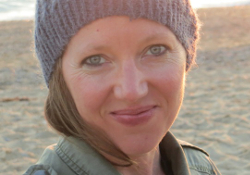 A nonfiction writer, critic, scholar, and poet. Her works of nonfiction include The Argonauts, a work of “autotheory” about gender, sexuality, queer family, and the limitations and possibilities of language (forthcoming from Graywolf Press, May 2015); a landmark study of art and cultural criticism, The Art of Cruelty: A Reckoning (2011), which was featured on the front cover of the Sunday Book Review of The New York Times and named a New York Times Notable Book of the Year and Editors’ Choice; the cult hit Bluets(2009); a critical study of poetry and painting titled Women, the New York School, and Other True Abstractions (2007); and a memoir about sexual violence and media spectacle titled The Red Parts (2007). Her books of poetry include Something Bright, Then Holes (2007); Jane: A Murder (2005; finalist, the PEN/Martha Albrand Award for the Art of Memoir), The Latest Winter (2003), and Shiner (2001). Her awards include a 2007 Arts Writers Grant from the Andy Warhol Foundation, a 2010 Guggenheim Fellowship, a 2011 National Endowment for the Arts Fellowship, and a 2013 Literature grant from Creative Capital. Since 2005 she has taught on the faculty of the School of Critical Studies at CalArts. She currently lives in Los Angeles.